Nicholas Aroney is Professor of Constitutional Law at The University of Queensland. He is also a Fellow of the Centre for Public, International and Comparative Law, a Research Fellow of Emmanuel College at The University of Queensland, a Fellow of the Centre for Law and Religion at Emory University and an External Member of the Islam, Law and Modernity research program at Durham University. He has held visiting positions at Oxford, Cambridge, Edinburgh, Sydney, Emory and Tilburg universities. Most recently, he was a Visiting Professor of the Institut Michel Villey at the University of Paris II (Panthéon-Assas) and a Visiting Fellow of the Institute of Advanced Study at Durham University in late 2017. In 2010 he received of a four-year Future Fellowship from the Australian Research Council to study comparative federalism.

He is currently working on a monograph entitled Federal Constitutionalism: Theory, Principle and Practice and an edited volume entitled Christianity and Constitutionalism for Cambridge University Press (with Ian Leigh).

Professor Aroney joined the Law School in 1995 after working with a major national law firm and acting as a legal consultant in the field of building and construction law.

About the Clark Lecture Series

The annual Clark Lecture Series aims to inspire the best of thinking about faith, learning and leadership by bringing to Sydney the world’s finest scholars. Named in honour of eminent scientist, inventor of the bionic ear, and Scots Old Boy ('51), Professor Graeme Clark AC, this annual public lecture series is hosted by The Scots College, one of Australia’s oldest and most respected Presbyterian schools for boys.

He is one of those rare individuals of whom it can be said, ‘They have changed the world.

Emeritus Professor Graeme Clark AC is an outstanding example of the Scots ethos of faith, learning and leadership. He is best known for developing the ‘bionic ear’ or cochlear implant, which has brought hearing to hundreds of thousands of deaf people around the world and paved the way for significant advances in the science of health care.

Graeme attended The Scots College as a boarder between 1948 and 1951 before going on to study medicine at the University of Sydney and a career as a surgeon, lecturer and researcher at the University of Melbourne. His experience of growing up with a deaf father inspired him to seek to develop an implant to restore hearing, the idea for which he got while playing with a blade of grass and a seashell at the beach.

After years of experimentation and setbacks and the skepticism of his colleagues, Professor Clark’s determination finally resulted in the world’s first successful multi-channel cochlear implant in 1978. Since then over 340,000 adults and children have received the gift of hearing through Graeme’s creativity and perseverance. 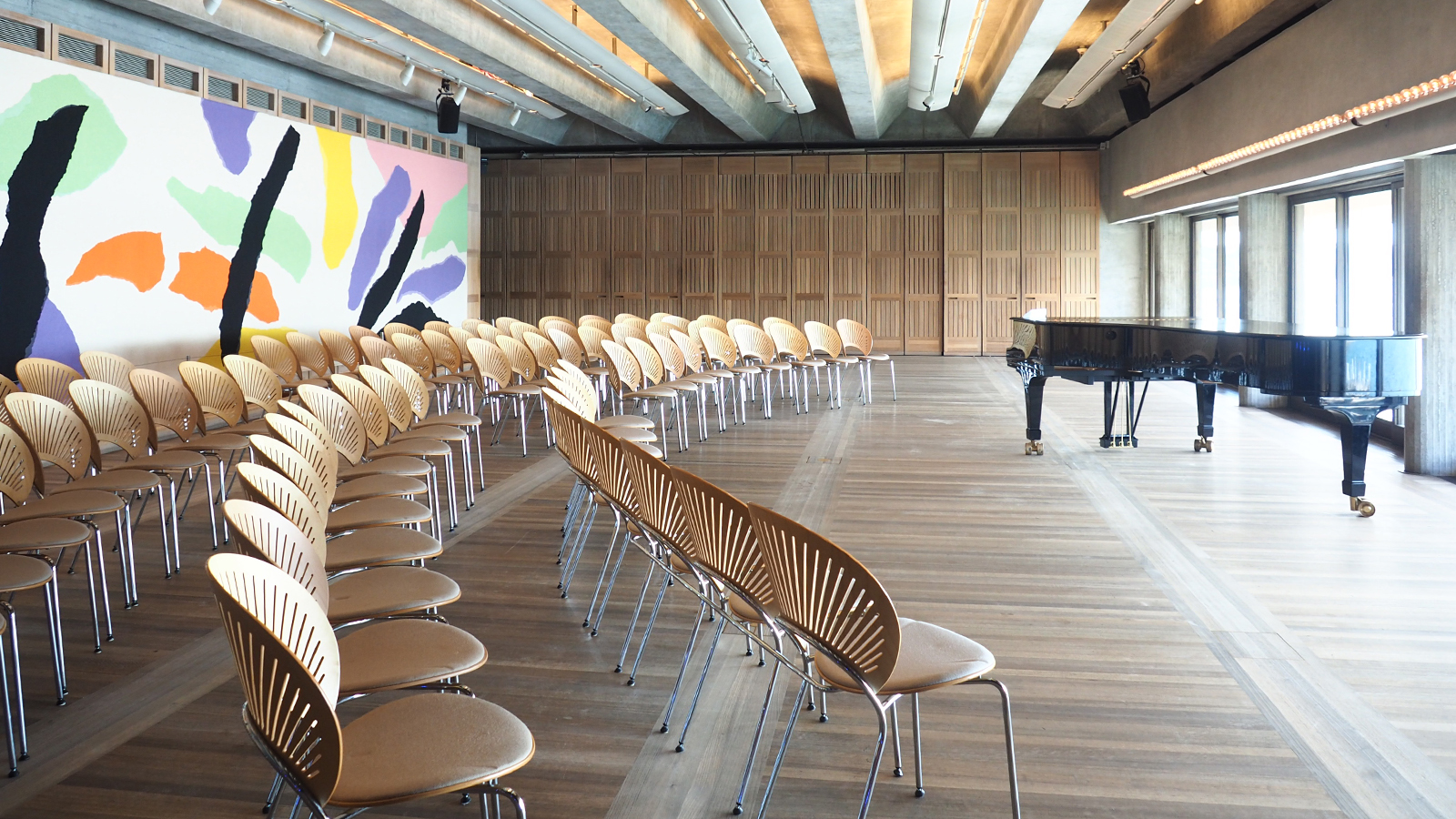 Sydney Opera House architect Jørn Utzon completed the design for the Utzon room. This space embodies Utzon’s élan, his vision in harmony with the environment. the western wall is adorned with a vibrant tapestry of Utzon’s own design. The ceiling features dramatic concrete beams and the eastern wall is composed of floor to ceiling windows that look across Sydney Harbour to the Botanic Gardens.